Computational and Evolutionary Genomics Research in the Pfeifer Lab focuses on: 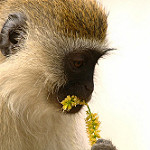 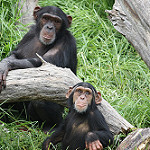 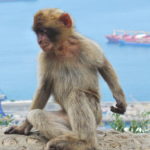 Viral genomics
Human cytomegalovirus (HCMV) is a large herpesvirus critically important to human health due to its ubiquitous occurrence – with adult infection rates ranging from 30–90% in industrialized countries to almost 100% in emerging countries. Although primary infections are generally asymptomatic in healthy hosts, HCMV infections can lead to severe effects in immuno-suppressed or immuno-naïve hosts, including fetuses and newborns. HCMV infections affect ~0.5% of all live births in the United States – making it the most common source of infection-related congenital (i.e., before birth) infections. HCMV utilizes effective immune evasion techniques and, as a result, it is currently neither possible to prevent transmission from mother to fetus (due to an absence of an effective vaccine), nor to reduce severity of disease in the infant. As a consequence, a better understanding of the underlying biological and evolutionary processes at play during infection is indispensable to the future development of novel disease prevention and treatment strategies. In collaboration with the Jensen, Kowalik, and Trumble Labs, we work to characterize the evolutionary processes driving infection (e.g., Renzette et al., J. Virol. 2017; Pokalyuk et al., Mol. Ecol. 2017; Sackman et al., Pathogens 2018; Wang et al., Viruses 2021). This characterization will better illuminate the causes and consequences underlying this major threat to global health.

The Pfeifer Lab is in the School of Life Sciences at Arizona State University, and we are part of a large and collaborative group in evolutionary genomics at ASU – see ASUpopgen.org. We are also members of the Center for Evolution & Medicine, and the Center for Mechanisms of Evolution.